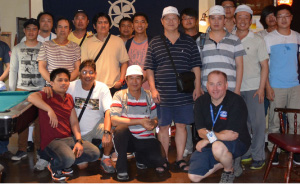 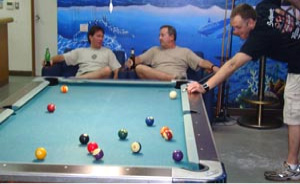 AOTOS (Admiral of the Ocean Sea)

Recognized as the most prestigious award in the maritime industry, the Admiral of The Ocean Sea Award (AOTOS) has been presented annually by United Seamen's Service for the past forty-seven years. The AOTOS Award is given in recognition of individuals and organizations who have shown outstanding support for American seafarers and the maritime industry of the United States.

The honorees are three members of the maritime industry who in their respective capacities have been guiding the way to keep the American-flag merchant marine on the high seas. In addition, USS presented a Special Recognition plaque to the officers and crew of the Hospital Ship USNS Mercy in support of Pacific Partnership 2016.

The AOTOS event was held on October 28, 2016 in the Metropolitan Ballroom of the Sheraton New York Times Square Hotel. The event was very well attended with nearly one thousand dignitaries and prominent members of the transportation industry turning out to pay tribute to the honorees.

A much anticipated segment of the AOTOS event is the Honored Seafarer awards. These awards honor mariners of vessels who, during the previous year, had exhibited exceptional bravery, superb seamanship and devotion to duty while engaged in rescue operations at sea. The Honorable Paul N. Jaenichen, Maritime Administrator, U.S. Maritime Administration was joined by Mr. Christopher D. Thayer, Director, Contracted Operated Ships, Military Sealift Command in presenting this year’s Mariners’ plaques and rosettes to the well deserving mariners.